Drawing inspiration from the Bacau’s (Romania) underground scene. Elchinsoul debuted in his career as a dj in 2004; the love for underground music drove him to play in several clubs near his city where he was willing to put in value his eclectic taste in music by mixing different genres from classic house, minimal to tech house and techno.
Quickly he realized that djing was only one side of the coin and he started his first tracks with a good friend and producer, Bvaltik, Wanting to improve his musical skills he started the project: “Loco Brigada”, an underground project which was created with his partner in crime Las Yeso. Quickly gaining a name they begun playing in the local clubs and in a short time they received invitations from other clubs in Romania.
In 2010 he won the best the remix contest organized by Italian superstar producer and DJ Paolo Driver. The ep was very well received and proved to be an opportunity to work with Canadian techno producers The Junkies and German super producer Ben Anders.
The next period is marked by a lot of collaborations with artists like: Alexandros Dever, Bvaltik, Petta, Angelo Draetta, Chube.ka, Maiki, London Fm, Juan Zolbaran, Jave and Dj Crash.
BM Slim quickly spotted this new star in town and signed an ep called “Trase” which received a very positive reaction from the super djs and producers: Loco Dice, Dave Ellesmere, Sasch BBC, Arado, Tapesh, Horatio and many more.
2011 proved to be a very busy year for Elchinsoul: his track “Pe Roz” being played by Maya Jane Coles in her official Essential Mix for Radio 1 BBC and his bomb tune “Tremolo” being dropped by the big sharks: Marco Carola, Brothers Vibe, Paco Osuna, Santos, Marco Faraone.
2012 started really well for Elchinsoul by releasing on Berlin based label Waldliebe Familien his new ep Remote that included collaborations with French superstar live act Jules&Moss, Insinio & Bayt. Martin Eyerer spotted Elchinsoul’s new track called “Remote” in his radioshow thus proving once again that Elchinsoul has reached the critical mass.
As a dj he is an eclectic one. With house and techno infused rhythms, he challenges the crowd to enter in that perfect atmosphere for party. 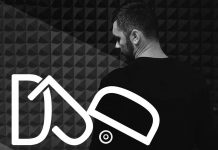 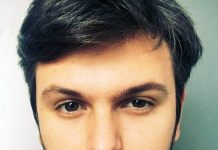 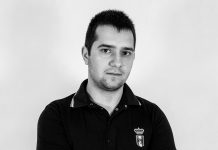